“Never forget who you are and where you’re from.” 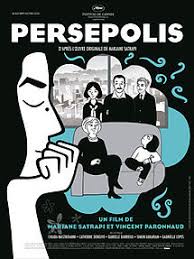 There is no way I could speak about censorship or banned books in the modern age without discussion Persepolis, my favourite political graphic novel. It is written by French-Iranian Marjane Satrapi about her life from Pre-Revolution Iran to the modern day.

It was banned in Iran for being anti-Government and banned in many other, normally much more liberal, Islamic countries because of Satrapi’s conversations of a personified God as a child. 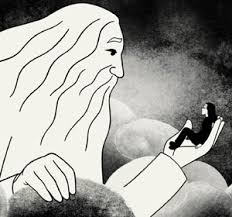 Personifying God is considered blasphemy by more conservative Muslims. Not only was it questioning of religion and the Iranian state but it raised questions about civil liberties, freedom of expression and gender equality in a realistic but irreverent way. Her sympathies for the socialists jailed and executed after the revolution also led to criticism.

But Satrapi is not only questioning the inequalities of her own country but also challenging the stereotypes set on Muslims and in particular Muslim women by Western media such as in America. Women were on the front line of the revolution and did not transform into submissive slaves over night. Neither did the youth stop enjoying themselves or stop being interested in art and music from outside Iran.

Satrapi also highlighted the racism she faced after being sent to France. People assumed Muslims were ignorant and intolerant. She even went as far as to deny her heritage under social pressure.

There is tension between the past and present in the graphic novel. Satrapi changes a lot in her journey from a young idealistic child to a more cynical woman in exile in France.

There is also always tension between Satrapi’s own nationalism and her disgust at modern Iranian policies. There is one frame of the novel where tears come to her eyes as the national anthem is played on the television for the first time in over a year but only a few pages later she discovers that young boys are being given plastic keys that they are told will let them into paradise if them become martyrs in the Iran-Iraq war.

The point is that it is complicated. The point that there were no simplistic explanations. That embracing of the complex nature of politics and history and religion, of post-colonial states and socialism and youth culture and exile, that is why I love this book. 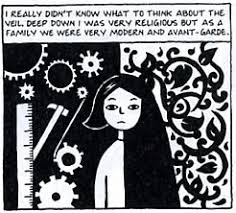